Since its inception, Hollywood stories have been intertwined with the queer community. From the mythos surrounding figures like James Dean or Marlene Dietrich to the hints of queer sexuality in films such as Alfred Hitchcock’s Rope and Rebecca, Hollywood has never been as straight and narrow as it may have seemed.

However, rigid industry rules, such as the infamous 1934 Hays Code, forced queer artists into the shadows. Gay and lesbian love — “sexual perversion,” as defined by these rules — was only permitted if depicted in a negative light.

As Roger Ebert said, “The movies are like a machine that generates empathy.” Despite overwhelming stigma, queer artists have always reached out for understanding with their art. Thankfully, LGBTQ stories are growing ever more prevalent in Hollywood today, and queer characters are no longer doomed the second they step on screen. Films such as Moonlight and Brokeback Mountain have successfully broken out into the mainstream and received praise from awards bodies and audiences alike — bringing attention to the struggles of queer people.

Despite the success of some films, many LGBTQ artists today still face considerable obstacles in getting their stories into the public eye. Subtle hints to the homophobia still crop up where LGBTQ stories are concerned; several queer creators that I know have had to sanitize their stories in order to ward off criticisms of inappropriate or overly sexual content, even in scripts that feature no explicit scenes. Part of understanding queer stories is understanding that the storyteller often faces considerable obstacles in telling that story.

But delving into the world of queer cinema can be a daunting task — I know from experience. Often the best recommendations come not from awards bodies or Netflix, but from word of mouth. I have picked five films that not only depict their queer characters in a nuanced fashion, but offer meaningful insight into the unique experiences of queer storytellers. 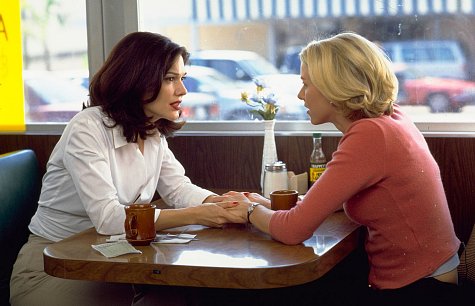 Beginning with my favorite film on this list — Mulholland Drive is an exploration of the intersection of lesbian identity and fame, as well as a tale of betrayal and guilt within a relationship. The film follows aspiring actress Betty Elms (Naomi Watts) and mysterious car crash victim Rita (Laura Harring) on their journey to find Rita’s true identity through a dreamy Los Angeles. Named the best film of the 21st century by a BBC Culture poll of film critics, Mulholland Drive is probably best known for its director’s signature surreal, “Lynchian” style of filmmaking. But beneath the dream-like quality of the film is the complicated, heartbreaking story of Betty and Rita’s relationship. So regaled is Mulholland Drive’s depiction of lesbian sexuality that it has inspired several academic papers on the subject. Lynch’s twisting of classic Hollywood lesbian tropes results in what is one of the most moving portrayals of lesbian sexuality on film. 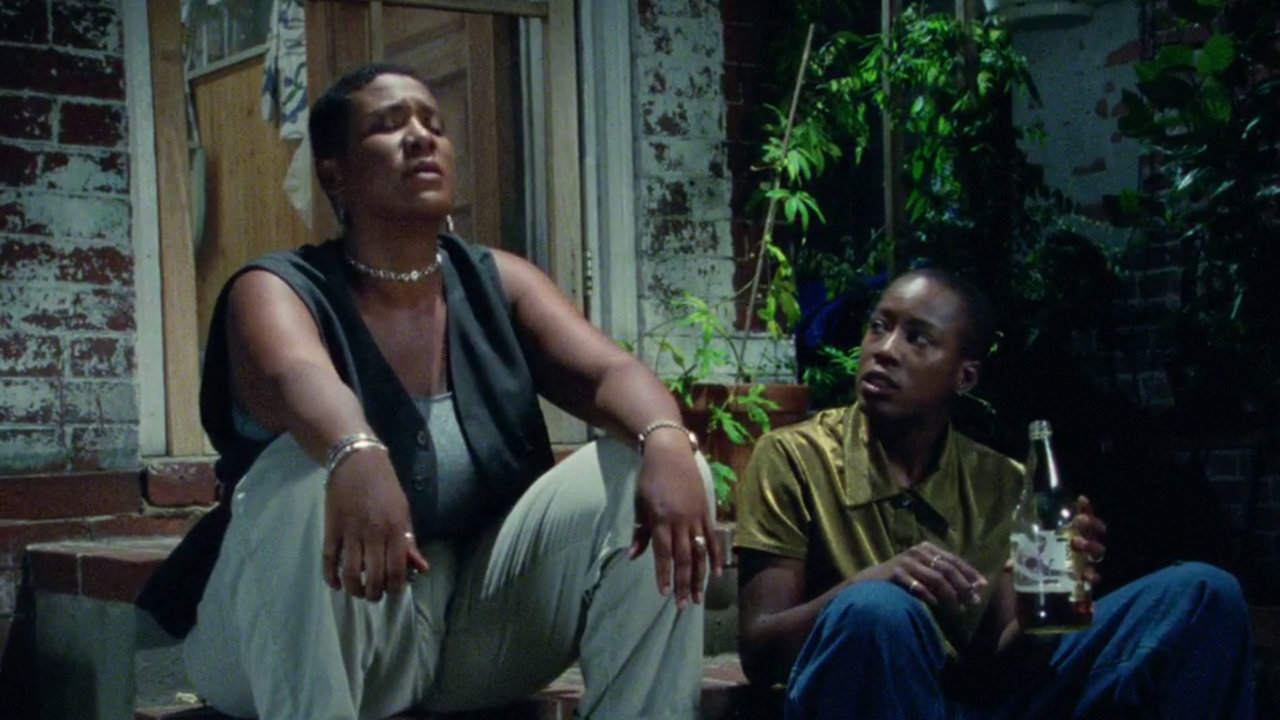 Professor Marston and the Wonder Women Like Cheryl in The Watermelon Woman, director Dee Rees found the subject for her film about queer storytellers in the past. Her film Professor Marston and the Wonder Women, a dramatic retelling of William Marston’s life and career as the creator of legendary comic book character Wonder Woman. What seems like a straightforward biopic on paper is complicated by something even devout fans of the comic may not be aware of: Marston was in a polyamorous (multiple-partner) relationship with two women. Dee Rees explores the impact this relationship had on the Wonder Woman comics themselves — before the U.S. Government got involved, that is — and the effect it had on the lives of Marston and his partners. The oppression of anything considered deviant is obvious in Professor Marston, but the film also sheds new light on the hints that did slip through the cracks and make their way into Marston’s art.

Returning to depictions of queer entertainers for the next film, Todd Haynes’ Velvet Goldmine is a story of fictional glam-rock star Brian Slade and a reporter trying to uncover the reason he seemingly vanished into thin air. Like The Watermelon Woman, Velvet Goldmine illustrates the importance of older queer figures for children just coming into their identities. And like Mulholland Drive, it shows the difficulties that come in the intersection of queer identity and a career in the public eye. Through the haze of glitter and smoke filling every scene, Velvet Goldmine offers an indulgent look into the extravagant life of the queer rockstar before bringing us crashing down to reality. Whether actress or pop star, Todd Haynes’ image of the media — as an entity both titilated and revolted by homosexuality — communicates the fear that would come with being open about one’s sexuality. As is seen in the history of Hollywood and in all of the previously mentioned films, Velvet Goldmine touches upon the fundamental struggle between a desire to be understood and the fear of the consequences that come with being an opening queer public figure. 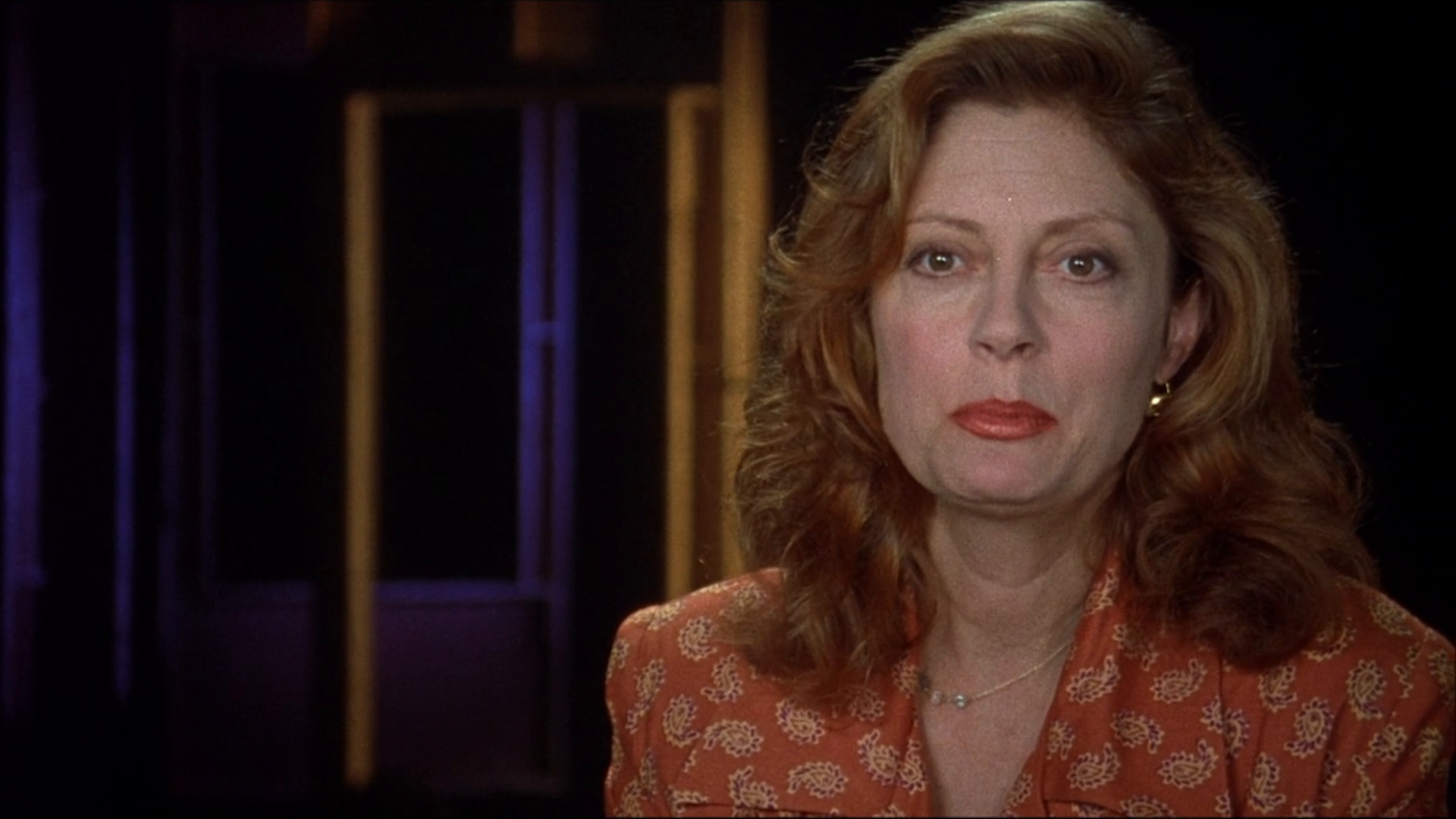 Rounding out this list is not a fictional story but rather a documentary: The Celluloid Closet explores the history of LGBTQ influence on Hollywood cinema, from the Hays Code era to the depiction of the AIDS epidemic — still very recent history at the time of the film’s 1995 release. Through a mixture of talking-head style interviews with and clips from famous films, The Celluloid Closet gives many artists a voice where they previously had none and shines a light on the now almost unbelievable circumstances in which queer people were creating art. On the subject of the famous 1961 lesbian film The Children’s Hour in which she starred, Shirley Maclaine said, “It’s mind boggling. The profundity of [homosexuality] was not in the lexicon of our rehearsal period. Audrey [Hepburn] and I never talked about this. Isn’t that amazing? Truly amazing.” I agree with Maclaine here, it is mind boggling. Queer artists are now anything but silent, and it’s imperative that we give our full attention to the stories of a group so long relegated to the spaces in between words.